I worked on a movie called "Coraline." Because there were so many plants in the movie, the studio had an entire team making them. One of the many things I worked on in this department was the apple trees. 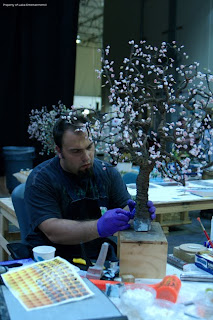 These trees were used in many scenes and in many different ways in the movie, but, we only had about 35 of them, so, we had to keep re-dressing them for different scenes. That meant either removing, or putting on new leaves, apples and blossoms, not to mention constantly repairing branches, and modifying the trees to make them larger or smaller. 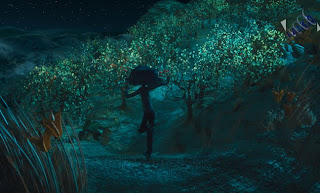 Here they are in the "Other World," all leafy and covered in apples. 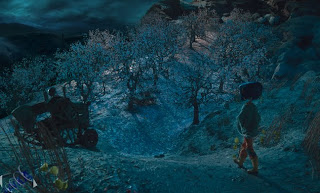 And here's a shot of them in them blossoming in the spring time. The blossoms were made out of popcorn.

Posted by Jess Jennings at 9:18 AM

Jess Jennings
My name is Jess, and I love to draw.